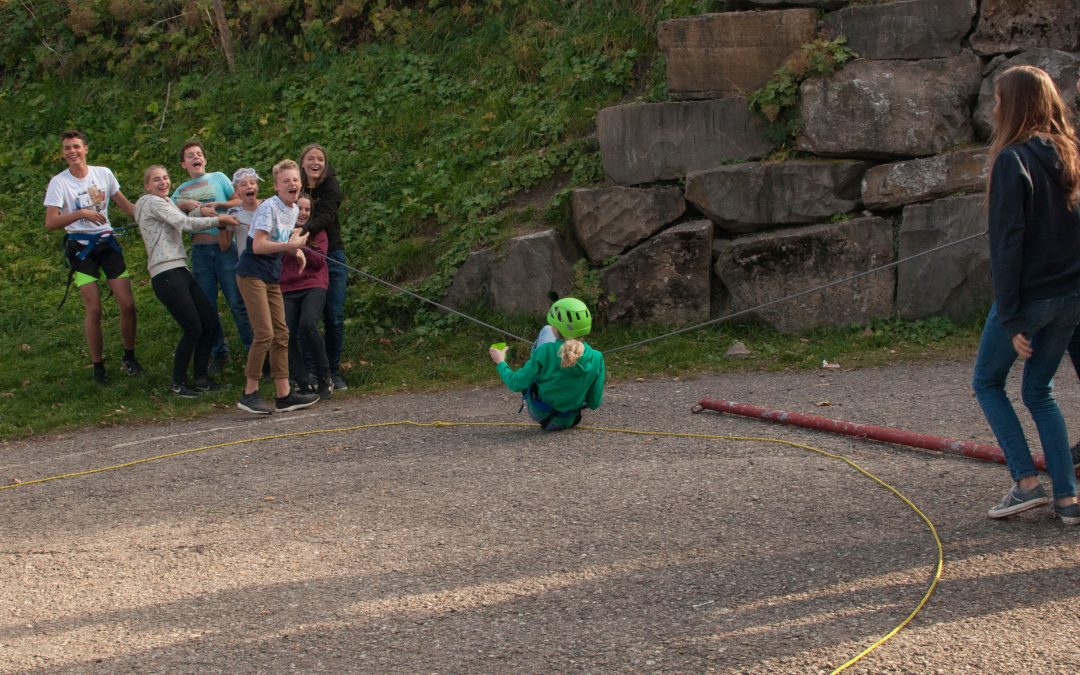 Today it’s the 18 th of October. We took the bus at 10am to Gemsteltal. There we did a photo rally. First the girls group starts to take photos and describe the boys the pictures over the walkie-talkies. They have to take the same picture. After the boys hide something and describe the girls where and how it looked like. We went to a hut and eat Kaiserschmarrn. It was so yummy! We took the bus home but we made a short stop by the supermarket. We made a game outside. It was really hard but we made it. (Nora)

Today it’s the last full day at the language camp. We walk down the hill and take the bus to the other end of Mittelberg. There we hike about one hour and stop at a restaurant. There some people ate Kaiserschmarrn. While we’re hiking we play a game and try to find some rubber animals. After that we take the bus back to the town and go to the supermarket. After 30 minutes we arrived at the camp and had a 45 minute break. Then we play a game. We must take a cup which is in a circle but we’re not allowed to enter the circle. After an hour we get the cup and finished the game. Now we’re sitting in the meeting room and talk about the day. Later we will grill and have a bonfire. (Jette)

After a delicious breakfast, we take the bus to the end of Mittelberg to make the photo rally. It was a little bit difficult, because the girls can’t use a walkie talkie and we don’t understand some things. Then we eat something in a hut. Then we walked back and went to the shop. At home we made one team activity and a debrief. Then we had free time and a good dinner. But the bonfire was the best part of the day. (Lucas)

Today is the 18 th of October. We took the bus at 10 am and drove to Gemsteltal. There we made a photo rally. So the girls started to walk and took photos of different things. Then the girls describe the places from the photos to the boys over a walkie-talkie and they tried to take the same pictures. Then the boys hid some things and the girls had to find them. After that we made a break at a hut and ate “Kaiserschmarrn”. Then we went back to the bus station and drove to the supermarket and then we went back to our house. It was a very cool trip! After the trip we had a little break and then we played a game. It was hard but we did it. This evening we are going to make a bonfire and a barbecue. (Charlotte)

Today we do the photo rally, it was very cool but also sad because it’s our last big day at the language camp. In the evening, we make a bonfire and we eat steaks. (Maxi) 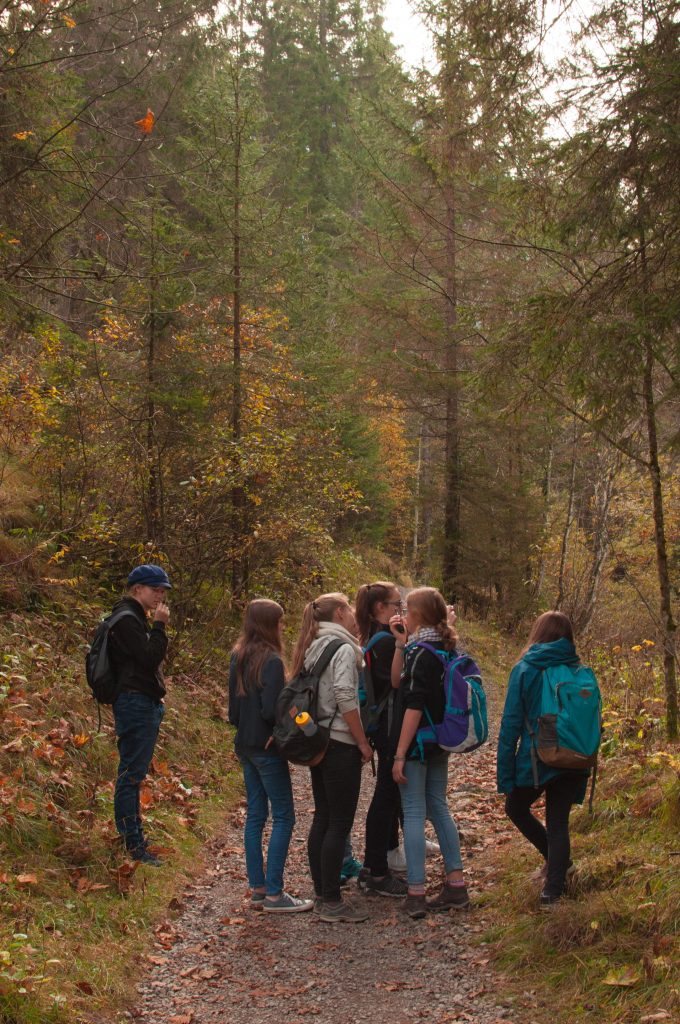