English camp on the mountain trail 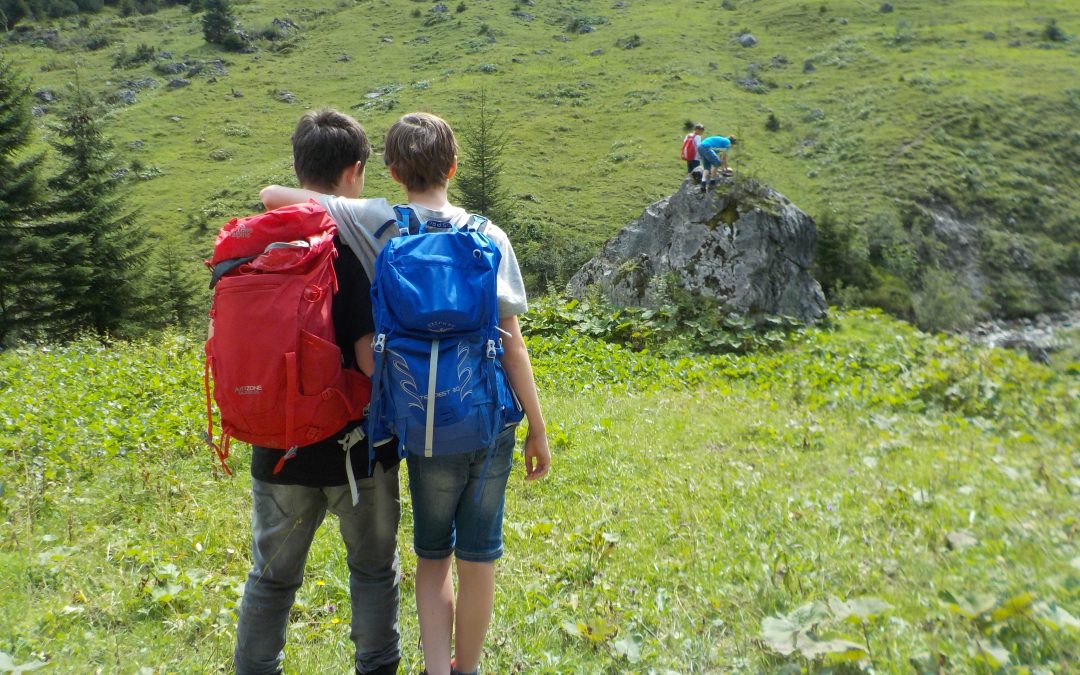 … and a tired senior group!

Yesterday, we hiked from Baad to the Schwarzwasser Hütte, which we reached just before the storm in the afternoon. In the evening we watched the thunder from the cozy living room where we played a bunch of English games. Here’s a couple of messages from the seniors:

„Hi! Yesterday we hiked up a really high mountain. It was difficult, but in the end we all got to the hut alive. That’s why I feel proud, but I felt also intimidated by the sight of those mountains. We took amazing pictures and it was really fun to hike up while singing 🙂 On the way we also played a fun game where we had to take pictures and describe it to the other group so they could take the same picture as us. „

„Dear mum, today we were in the forest and it was very fun! We walked back from the Black Water Hut for 4 hours and we played cool games on the way, such as hunter. There was no shower at the hut and it was a cold night but it was still cool. We also passed a very very pretty lake “ After some team games and cake back at our house, I think we’re all ready for bed!