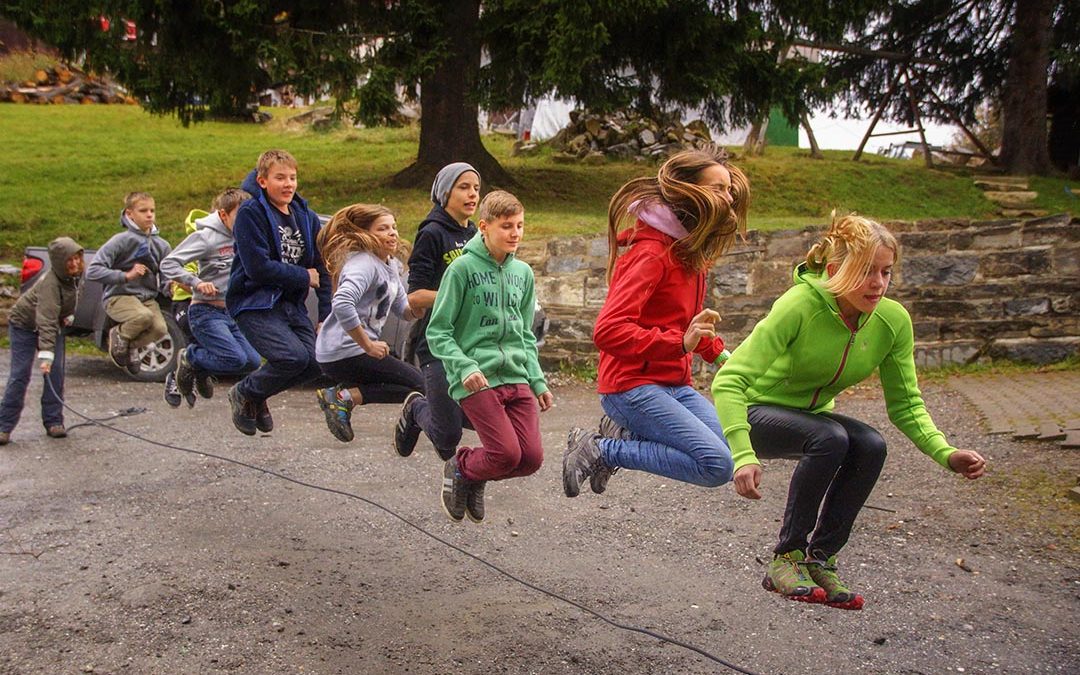 At 14.00 pm everybody came to the camp. When everybody had their rooms, wem et us in the seminarroom. Then we played a game „My name is…“. After that we went outside and played a „rope skipping“ game. Then we came in the house and everybody wrote in his/her „personal diaries“. After that we spoke about our next week. (Jesse, Nicolas)