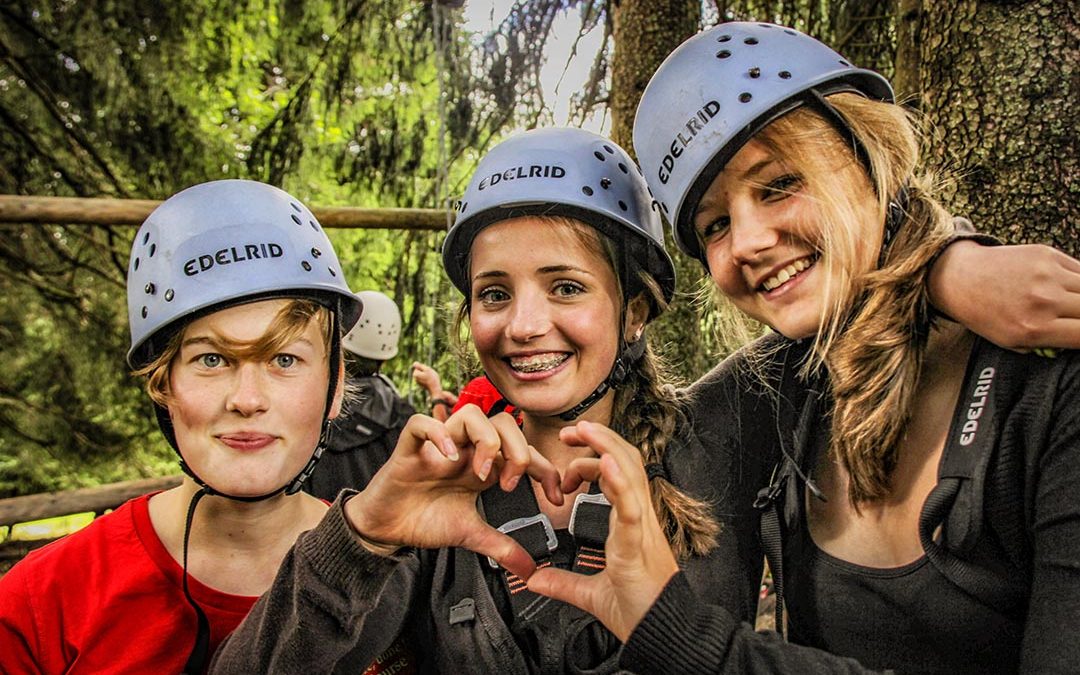 Today we asked the Seniors to write about their experiences; but with an imaginary twist. Katarina wrote:

‚Today we had a climbing introduction. After that we walked to the Jacob’s Ladder and everybody put their harnesses on. Madeline and I forgot to make the pinch check. Whoops!

At the beginning everything was ok, but later the rope fell down, because I forgot to close the carabina. Everyone screamed and I fell down crying- Carsten had to bring me to Hospital ‚

Just to repeat. These stories are partially fictitious! Jule wrote:

‚Today a small group of brave German teenagers went up to the high ropes course with two really scared English leaders. They were joined by the big boss, who took them up the mountain past all of the dangers. But when they reached the high ropes the boss man fell asleep and the two scared English leaders had to lead. After a lot of stumbling around, the brave teenagers knew what to do. Meanwhile the English were so scared they nearly ran away.

At the end the leaders were forced to climb. They climbed with blindfolds so they couldn’t see how high they were. The two were belayed by the big boss and a crazy man who just came along. With teamwork the scared English leaders reached the top but the boss had fallen to sleep again and let go of the rope. So one leader Chloe fell almost to the ground before the boss woke up and caught her. She went unconscious and later woke up laughing so hard she laughed for the rest of her life. The end‘

Putting overactive imaginations aside, the first day has been a resounding success =]