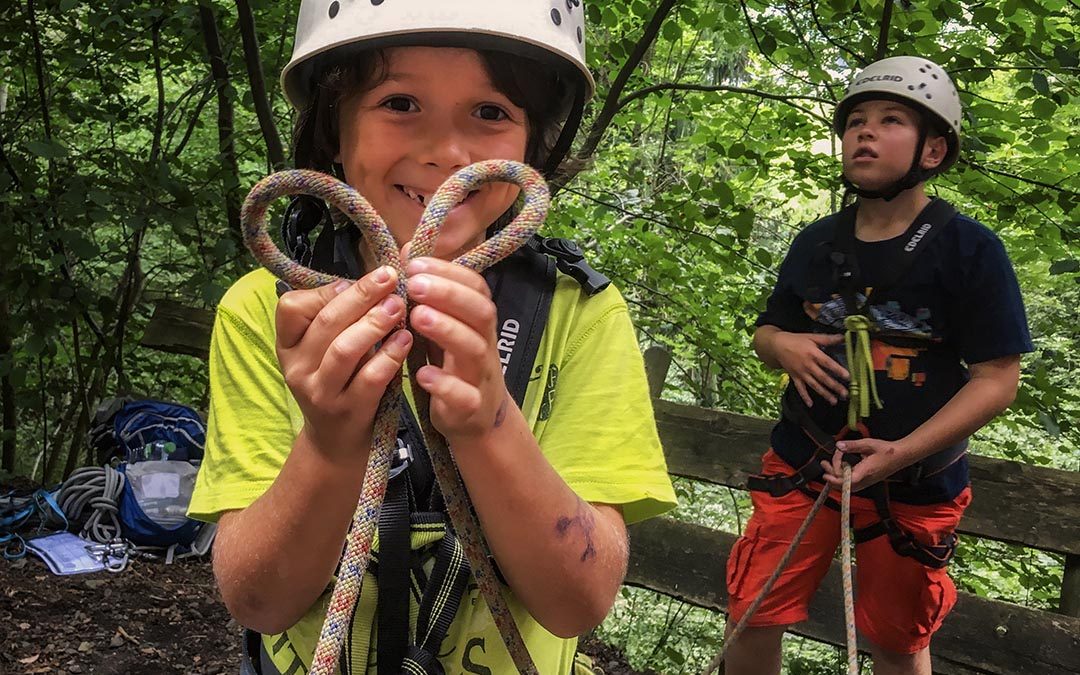 Today we have seen the first returners from the mountain expedition, home safe and sound. Meanwhile we also have some juniors embracing the inner screenwriter and producing movies, very exciting stuff! Here’s what our young friends are saying.

In the morning we get up and eat our tasty breakfast at 8 O’clock. After breakfast were the room olympics. At 8.15 the film project started. First we made brainstorming and we had many ideas. Then we made two groups for two films. After we made the films we had an hour of free time, hooray! Before dinner we played a team game with the group. In the evening we eat =)

In the morning we played some interesting games like ‚Where’s Peter?‘, where we had to find our lost friend Peter who is a duck. We checked our equipment because we would need it to go to the Jacob’s ladder. At the Jacob’s ladder, it was quite the adventure to climb the rungs. The last rung was pretty difficult, we had to stand on each other’s knees to reach up. All in all it was very nice and noisy.

Today we woke up at 6.30am. We cleaned our rooms for our first room olympic and then some of us took a shower. At 8 am we had breakfast with fresh bread, cheese and ham etc that was very tasty. After breakfast we’ve done very well our room olympics. At 10 O’clock we started our big hike to the blackwater hut. We were very ambitious and looked forward to reach our aim without any problems. Unfortunately, on the way it became very hot and we worried we hadn’t enough water with us. With some breaks we calculated our condition and reach the blackwater hut very well. After we arrived we got some drinks and played many games outside. At half past five we ate dinner and it tasted good. After that we played another game which were funny until ten o’clock we needed to go to bed