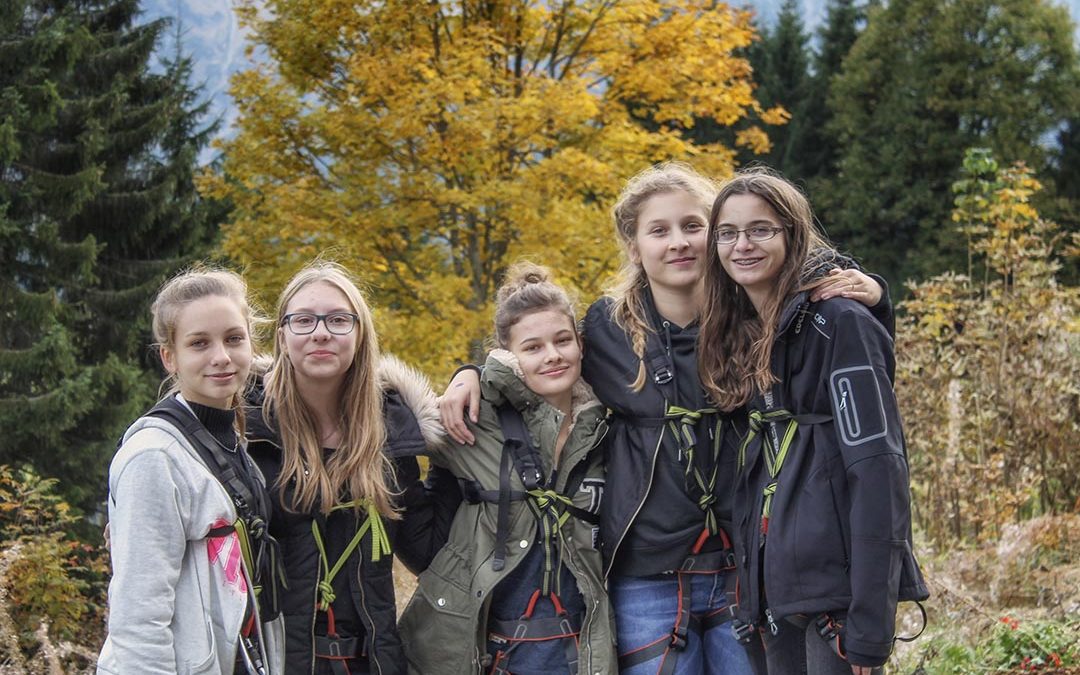 Today saw more movie making from the seniors while the juniors took on the Jacob’s Ladder and had a swim (or rather 66 jumps into a waterfall plunge pool). Here’s what they have to say!

We packed our backpacks with bed sheets, food and the rest. Then we went to climb a steep hill to the hut. One of the games was called Noggi Noggi and was very fun. At the hut we had tasty bacon pasta. Afterwards we go home and played on the way to find the ducks. One team hid a duck and the second team must find the duck and talk over the microphone. Then we jumped in the pool, I jumped 66 times!

Today we hiked back to the ‚Württemberger Haus‘. In the morning we ate breakfast, which we had brought from the house and made a quick start to shake off the tiredness. Then we started to hike down to the Melköde. There we drank and ate something. After that we played some games and hiked to a waterfall with a small lake, where we jumped in although it was very cold. The best way to finish a challenging hike.

Today we made our film project. First we played a game in which you have to improvise called ‚this is not a rope‘, it was funny! And a more difficult game where we had act a scene and when someone guessed what we are acting they had to join. Then we made films. The first was a football film. We made the World Cup finale with Argentina versus Germany. In the end Germany won. The other film was a scary story about a school class, whose teacher was turned into a monster and they had to change him back. It was very fun to make the films. But it was a little difficult to write the English dialogue. We would like to make more films!

After the movies we played capture the flag and then we went for a swim by the waterfall. One person made a front filp in the water!