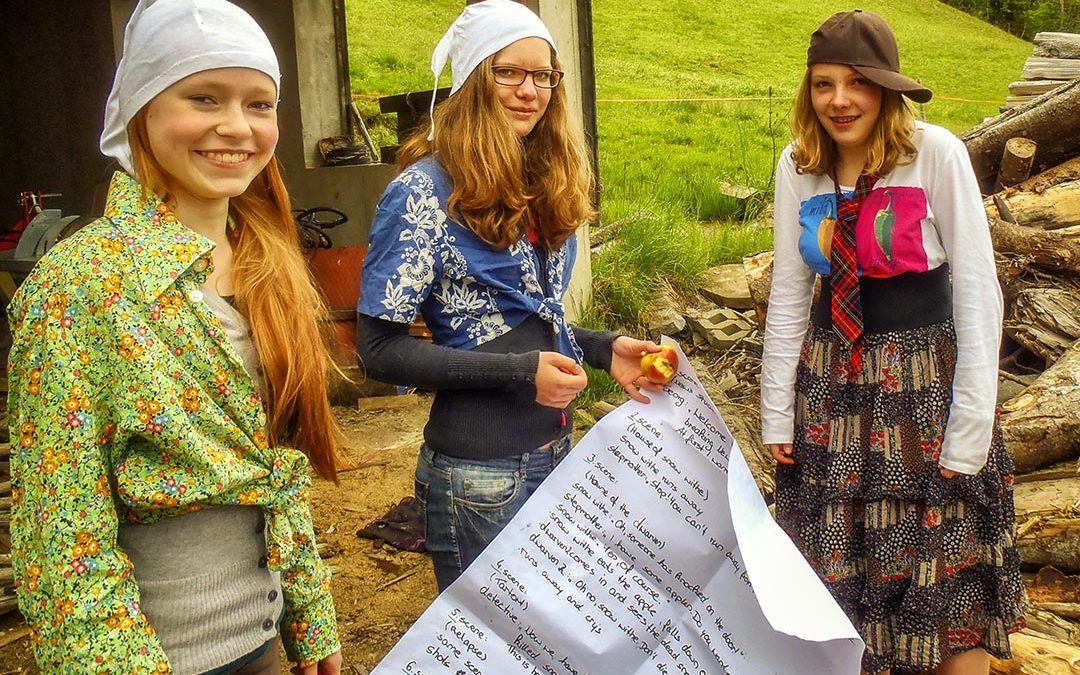 Today the senior group split into groups and made movies, whilst the junior group learned the basics of climbing and went to the high ropes course on the mountain. Even though the weather transpired against them, they stuck it out and managed to conquer the high ropes! The seniors‘ movies still need some editing; you will get to see the finished products at the Closing Ceremony on Saturday!

From the senior group,

„Today we tried to make a movie in our groups. The stories were hard to find and it was lots of fun to make this story together. To be sure I like the movie I must see the film. I am excited!“

„The first scene of our movie was really good. It was difficult to keep concentration because of the fun. I wanted to make a story instead of a music video, but it was fun too.“

And from the juniors,

„This morning the junior group had a climbing instruction and played a game called animal hunter. After that we played a game with our climbing equipment. Then we had a short break and later we had a big break for lunch. In the afternoon we walked to a high ropes course. Most of the children were scared at the highest point but it was still fun! „