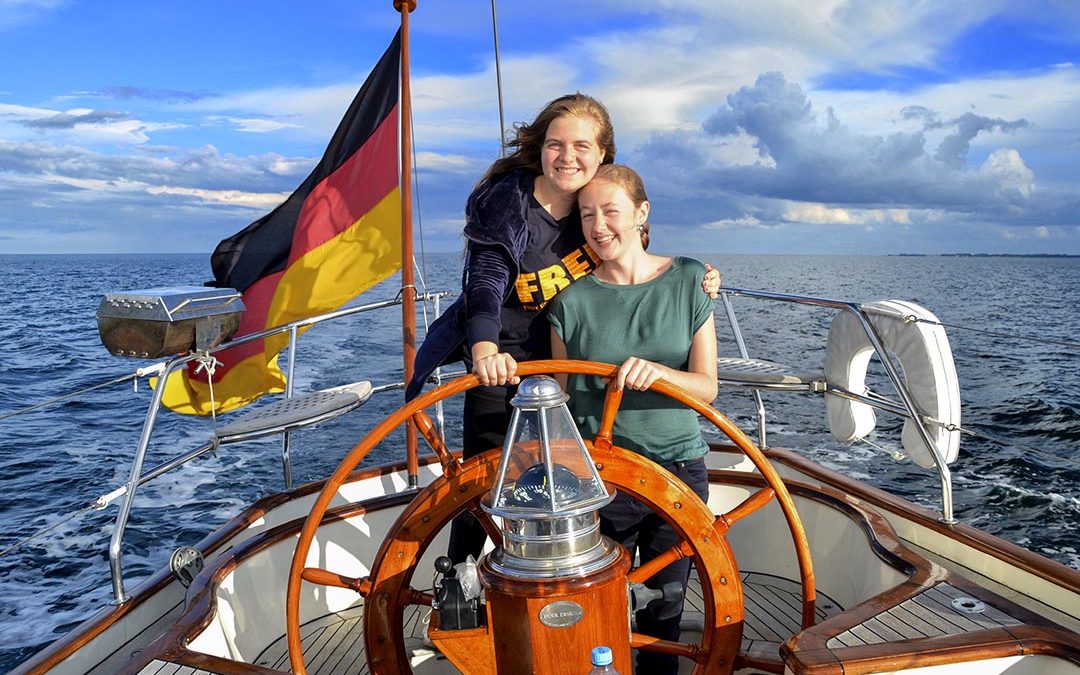 „At 745 we woke up and had breakfast. Louis, Delila and Marieke went swimming. The water looked cold as they were all (including Louis) screaming! After that we started sailing. The weather went from being sunny to quite stormy later on.

Some of the crew stayed inside during the sailing to Aeroskoping, on the island of Aero. We walked into the town, which Louis claimed was beautiful but Constantin and I just wanted to go back to the ship and read.

In the evening the girls cooked rice with a creamy chicken sauce and lots of vegetables. It was delicious! Before we ate, we started a new murder game and played ‚Who am I?‘, where we had to ask each other a lot of questions in English to find out which famous person we were.“