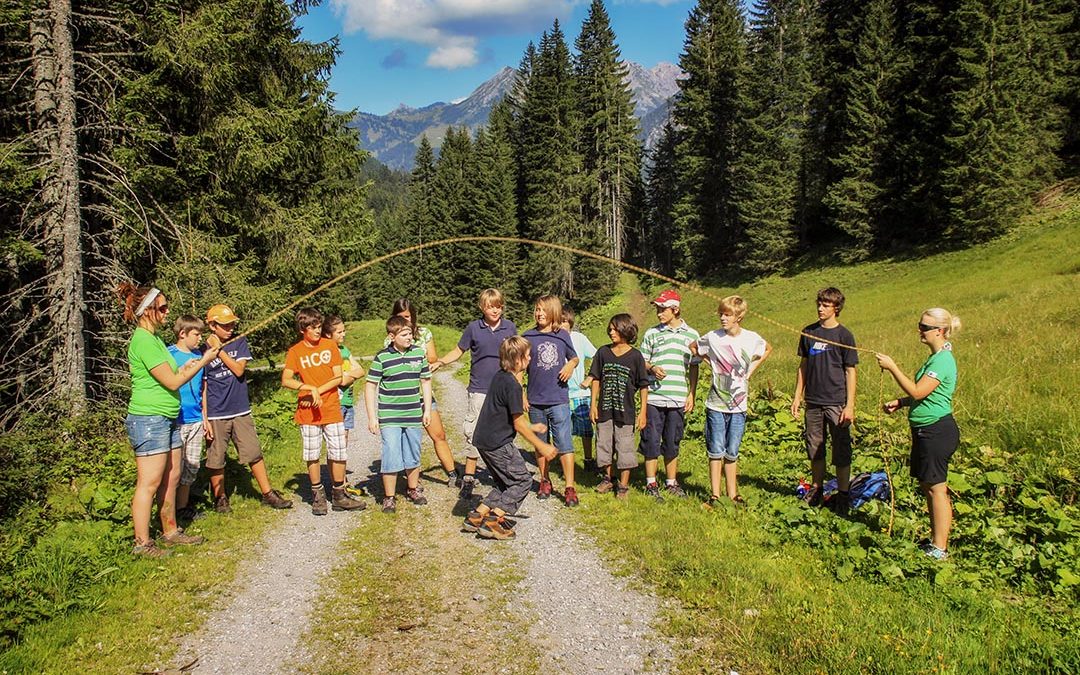 We’re now half way through the week! Amazing how time flies when you’re having fun.

The juniors had their chance to record a film today, their first decision was to make full use of the costume box.

Leo and Quinten had this to say: „Today we made movies in two groups. The first group filmed a story about a secret organization called ‚the yellow girls‘. In the other group we made a movie about a terrible gummie bear thief. Both movies are very cool.

The second junior group began their expedition to the mountains and the legendary Schwarzwasserhütte, using the trail as a chance to play the duck rally. Each team takes it in turn to go ahead and hide ducks, the location of which they then describe over a walkie-talkie to the group behind. Great fun!

The senior group had their trip to the rock face. Owing to the number of return sprachcampers, the senior instructor Louis suggested trying some of the climbs wearing blindfolds! Some rose to this challenge.

Tabea, Carolin and Hanna of the seniors wrote: „Today was great, we woke up at 6.45am and got Louis wet with a bucket of water. This was our revenge for yesterday! The day was great because we climbed on a big rock and got to visit the supermarket. Belaying for others was quite tiring „